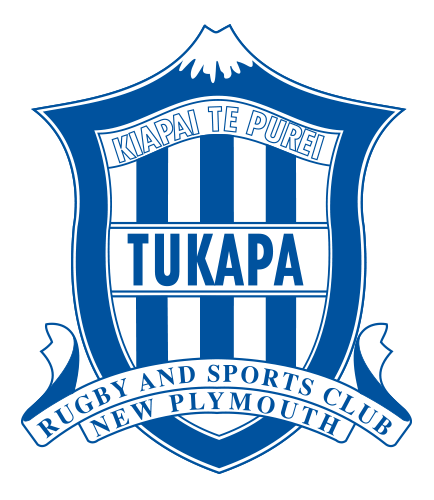 This week sees all our teams return home to the Chook house with the Premiers, Div 1 and Colts taking on Inglewood and our Div 2 taking on Stratford Eltham. Our Premiers are keen to pick up a win and return to the top of table but they have suffered an injury to a very key person who has more caps than anyone else on the field. Our Rangi has fallen ill and will not make the field Saturday but we are planning on getting a live stream to him so he can still yell at the refs from his hospital bed. We still haven’t quite worked out yet how he is going to park cars from there. At this stage on a more serious note, it is still a wait and see with Rangi as they run through a few more tests to work out how the old bugger is wired. I will be sure to update you all once we know more.

Our Div 1 boys are also in the hunt and if they can knock over Inglewood will move into the top 4. As for our Div 2 and Colts these boys are showing us all that rugby is a great game played with mates on and off the field and if you win it’s great but more to the point rugby is about the mates you make along the way, Go well boys.

On Saturday we celebrate 150 games for Pomare Samupo and be sure to join us inside at 5.20pm for the after match speeches and presentation. (Article below written by Paul Meuli)

Pomare Samupo arrived at Tukapa RFC for his first season in 2011 from Gisborne following in the wake of other well-known Gizzie boys such as Blade Thomson and Whaimotu Craft-Chemis both of whom arrived in 2010. Joining alongside Pomare in 2011 were two other Gisborne imports namely Kelvin Smith and Jamison Gibson-Park.

Pomare immediately made an impact in midfield for our Senior A’s in 2011, playing centre outside the formidable Isaia Tuifua. The A’s blitzed Coastal 23-16 in the semi-final that year and then went on to beat NPOB in the final by 22 to 12. Remarkably, Whaimotu Craft-Chemis, one of the fastest men to ever play for the Chooks, scored three tries in the final assisted in no small way by the service provided to him by Pomare.

Pomare missed the 2012 season because he was away playing in and then representing the East Coast in the Heartland Championship. Later that season he was selected in the NZ Heartland XV. However, Pomare was back to resume playing for the Blue and Whites in 2013 and carried on playing centre right through until he won his second Senior A championship title in 2016. Along the way, he received recognition for his consistently excellent performances with selection in the Taranaki Development side in 2014 and 2015.

For Pomare his 2016 title-winners medal was like history repeating itself because the win in the final was again versus NPOB and he was again playing centre outside Isaia Tuifua. What was different compared to 2011 was the score-line because in 2016 the Chooks racked up a record 22 point winning margin against the Lilly Whites coming out on top by 39 to 17. That season the Club introduced blazers for 50 Senior A matches and Pomare received his having played 93 games for the Prems by that stage. He was again chosen for Taranaki Development team in 2016.

In our 125th Jubilee year (2017) the Senior A’s achieved back-to-back Premier titles with a nail-biting win against Coastal in the final, which meant Pomare collected his third winner’s medal. He was again selected in the Taranaki Development side and was awarded his Centurions blazer for playing 100 Senior A matches.

2018 and 2019 were years in which Pomare played for the Senior A’s in semi-final losses but his ongoing excellence in the midfield continued to be recognized with selection in the Taranaki B team. He missed the abbreviated 2020 season due to family commitments but is back again this year racking up more games and has now reached the outstanding milestone of 150 Premier appearances for the Chooks.

This weekend after match event:

At 6pm we also have an unveiling of some club history that is not to be missed. We have been working on this behind the scenes for some time between myself, a few supporters and our Life members. This will be MC’ed by our Vice-President and Life member Lindsay Thomson and as we all know we only call in the big man when there is something pretty special to present.

Following this we are planning on one hell of a night to celebrate some really great milestones and history of Tukapa.

Paul upstairs in the kitchen will be selling meals to supporters so you don’t go hungry and you can hang around to celebrate a great Tukapa club with us.

Livestream of this weekends game.

2.45pm – Kick Off Tukapa vs Inglewood

Your Chairperson Scott Siffleet, Blue and White for life.